Imagine the following scenario. Multiple zombie outbreaks wreak havoc across the world. Our largest cities have been immobilised and groups of dangerous zombie creatures pose unforeseen threats to everything we all hold dear. Our future and legacy are at stake. Luckily, NATO member states have been preparing a battle plan: armies dispatch specialised troops to pin down zombie groups, communications specialists do their best to inform citizens and crisis managers in the war room have to make sure their values and strategic goals are aligned with everyone involved. It is up to you and your teams to do what’s right.

Since May 2014 we know that the US Department of Defence wrote  “CONPLAN 888” in 2011. It’s a crisis preparedness plan, but it’s unlike any other crisis plan you have heard of: CONPLAN 888 prepares the Pentagon and the US Defence forces for zombie outbreaks! In its extensive risk assessment section, the document covers pathogenic zombies (the classic zombie type that is created via infection), but it also covers special measures to be taken for lesser known species such as space zombies and even chicken zombies. At PM, however, we take it one step further. We’re not writing a plan to mitigate a zombie attack, like the Pentagon did back in the days. No, we made this far-fetched scenario a reality. In our Zombie Game (©) crisis simulation, participants are actually confronted with this extraordinary event, normally only restricted to the scope of a blockbuster movie. 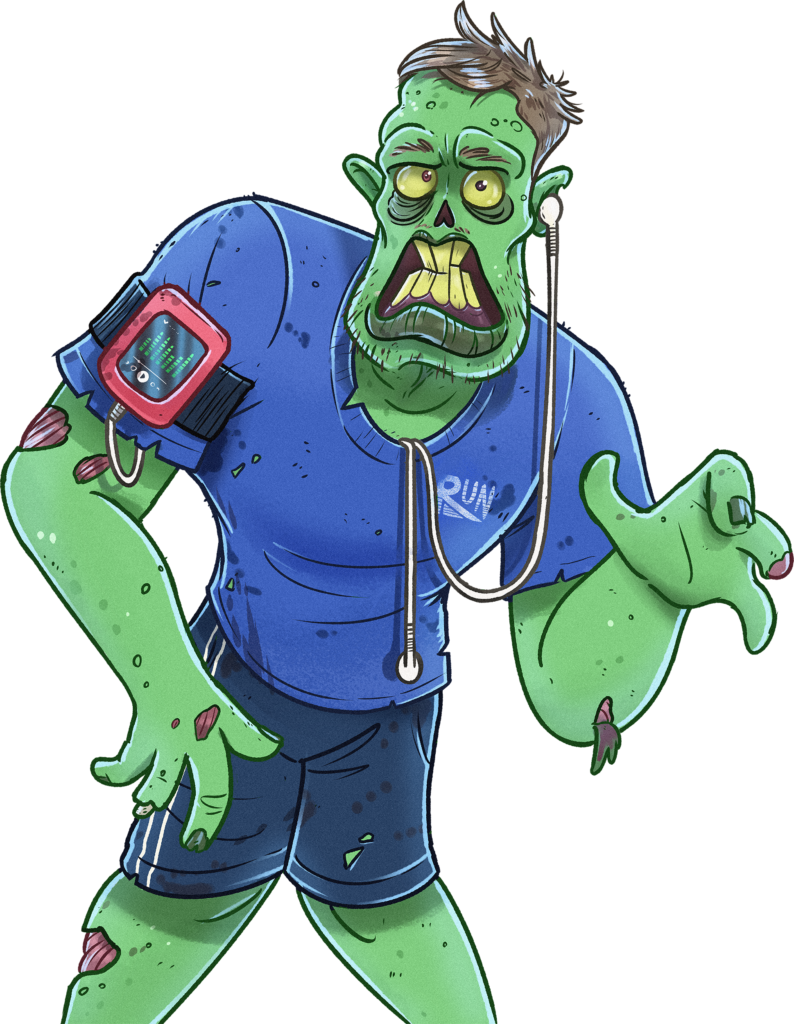 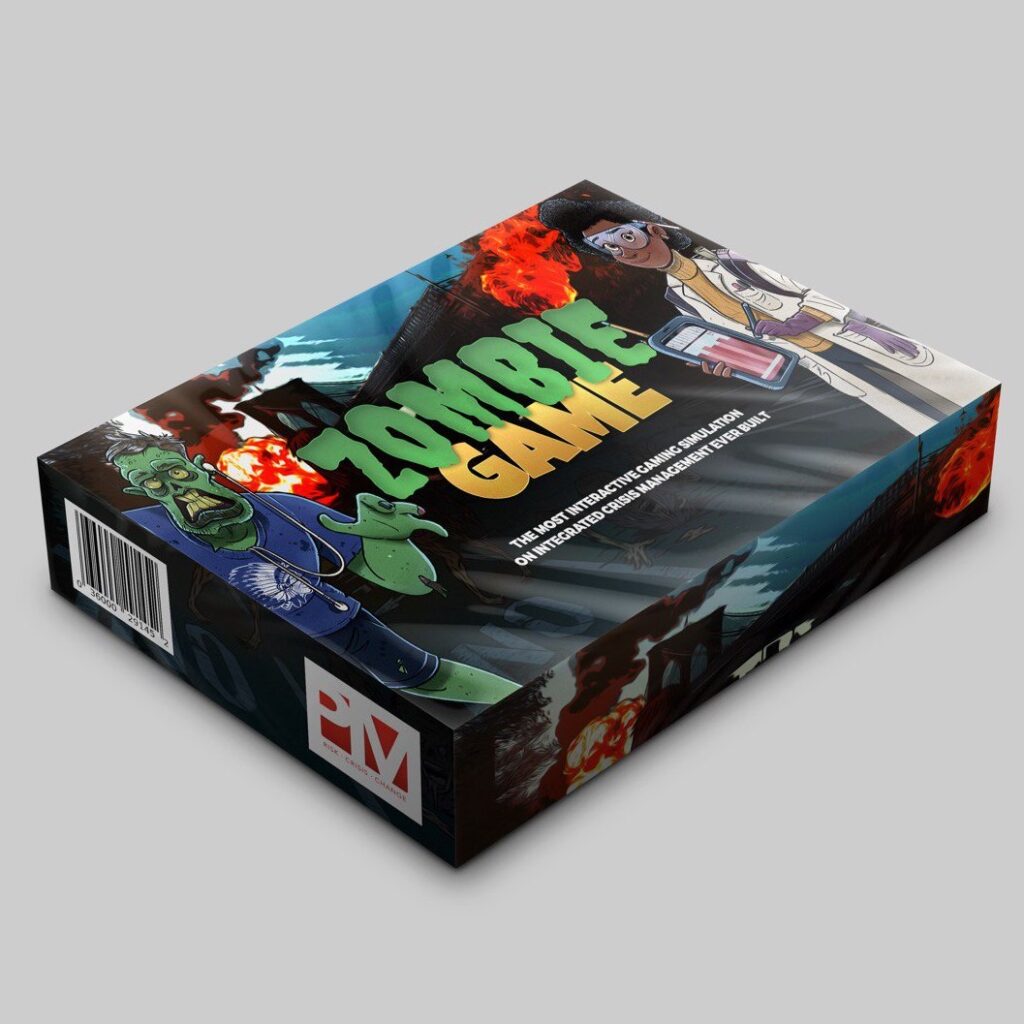 Email me the brochure

Don’t ask me to decide, my morals are questionable!

– Participant on having to decide on the long-term attack strategy

Should we give up Amsterdam, Tokyo or the Mars Colony?

– Participant on prioritising money and means on the battlefield

– Participant when the Zombie Game simulation came to an end

The Zombie Game offers organisations, teams and individuals a unique way of exploring elements of crisis management, no matter the level of experience, and even if you are not involved with crisis management!

Zombie Games can be held as teambuildings, as part of a crisis training or even an executive session, exploring themes like strategic intent and tactical planning. Sessions usually take a half or full day.

A Zombie Game session has a lasting impression if you get to play one, forever changing the way you view crisis. Really, immerse yourself in a session and you will be talking about it for years to come. 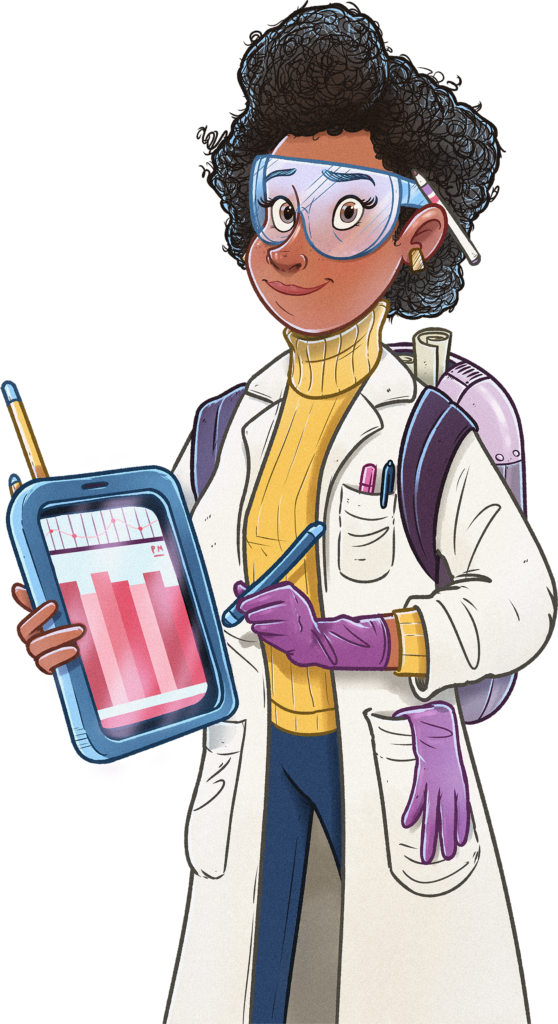 Several teams have had the opportunity to experience a Zombie Game, including:

Firefighters and staff from the Antwerp fire services (Antwerp, Belgium)

Friends and family from us at PM (Ghent, Belgium)

Do you think you have what it takes to be on this leaderboard? 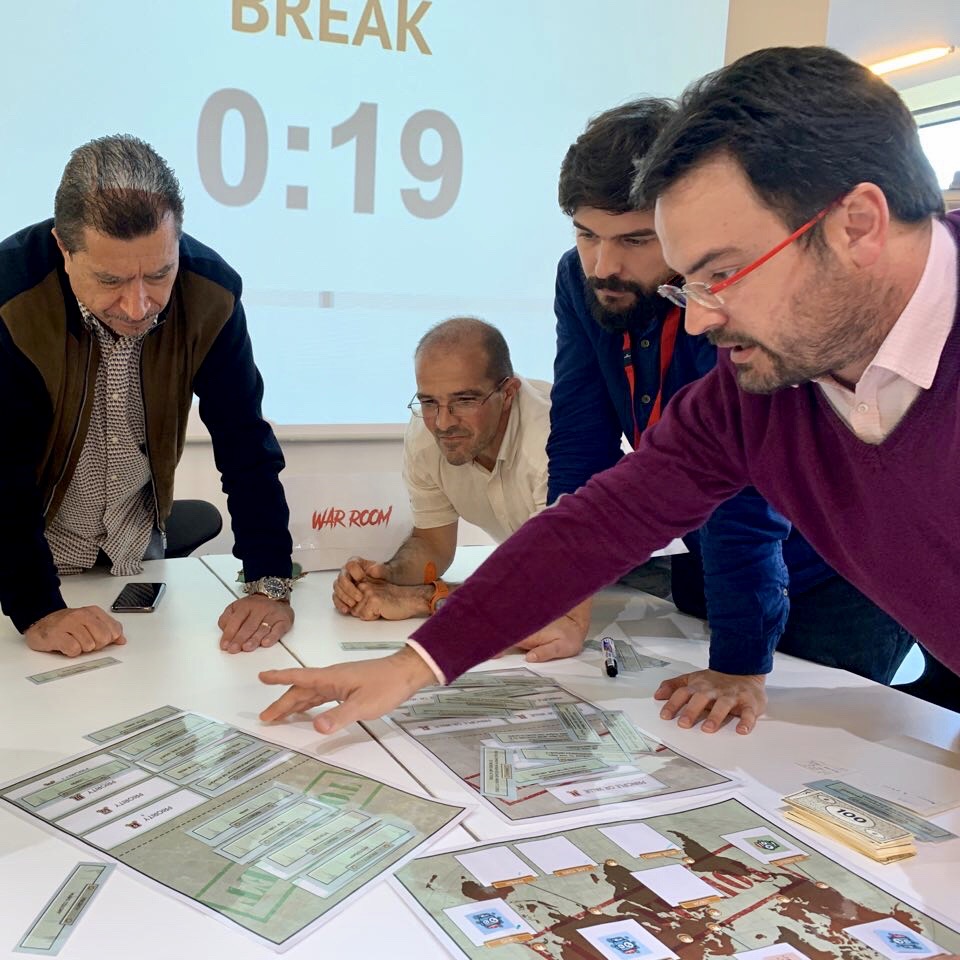 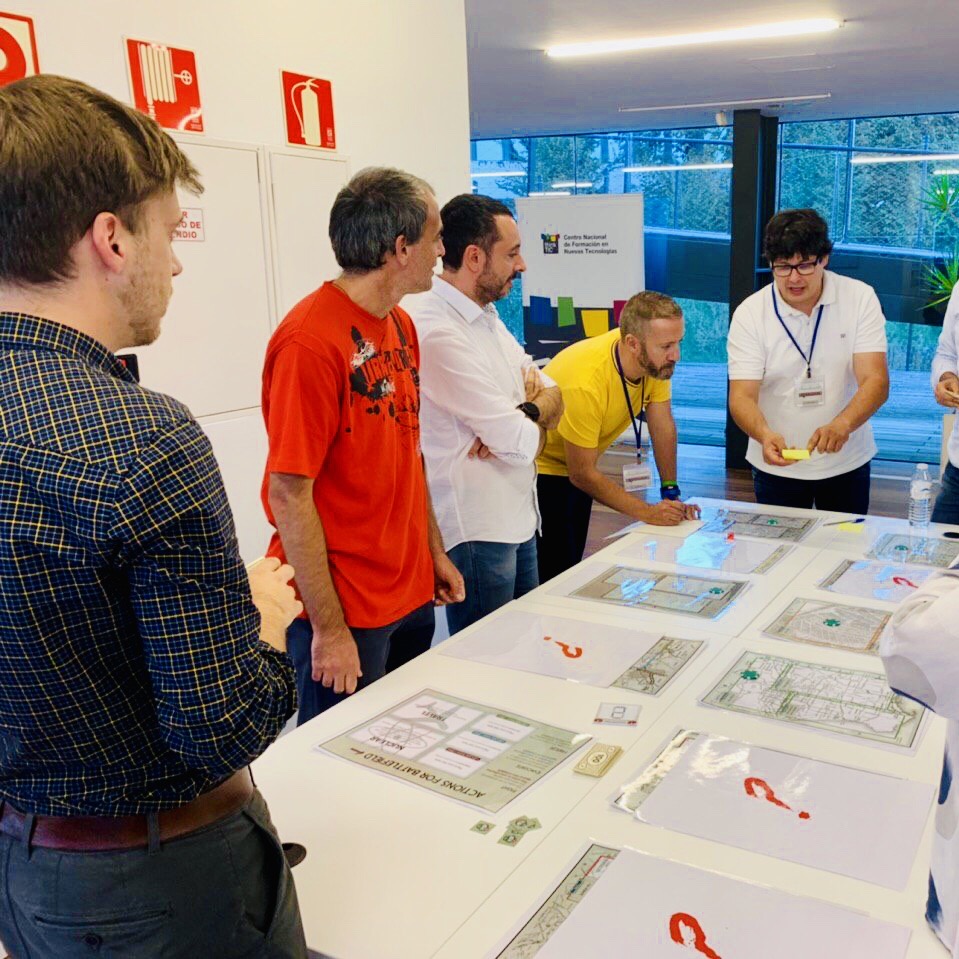 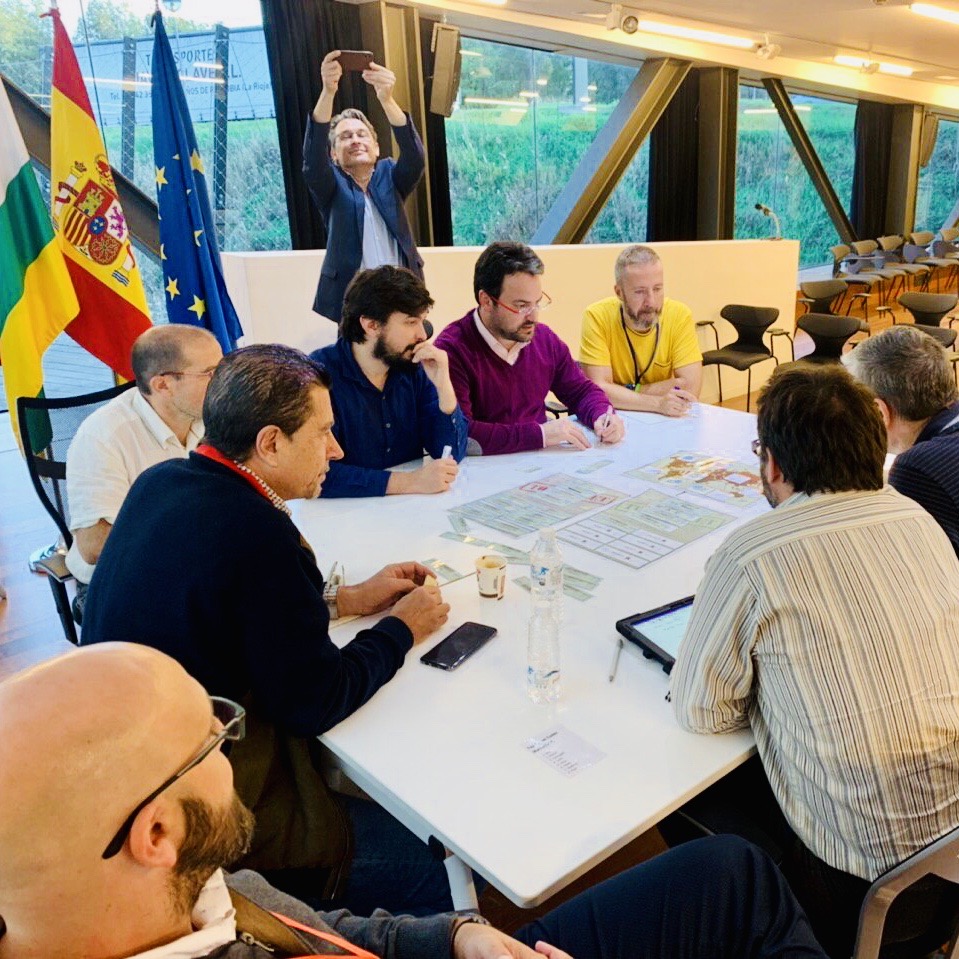 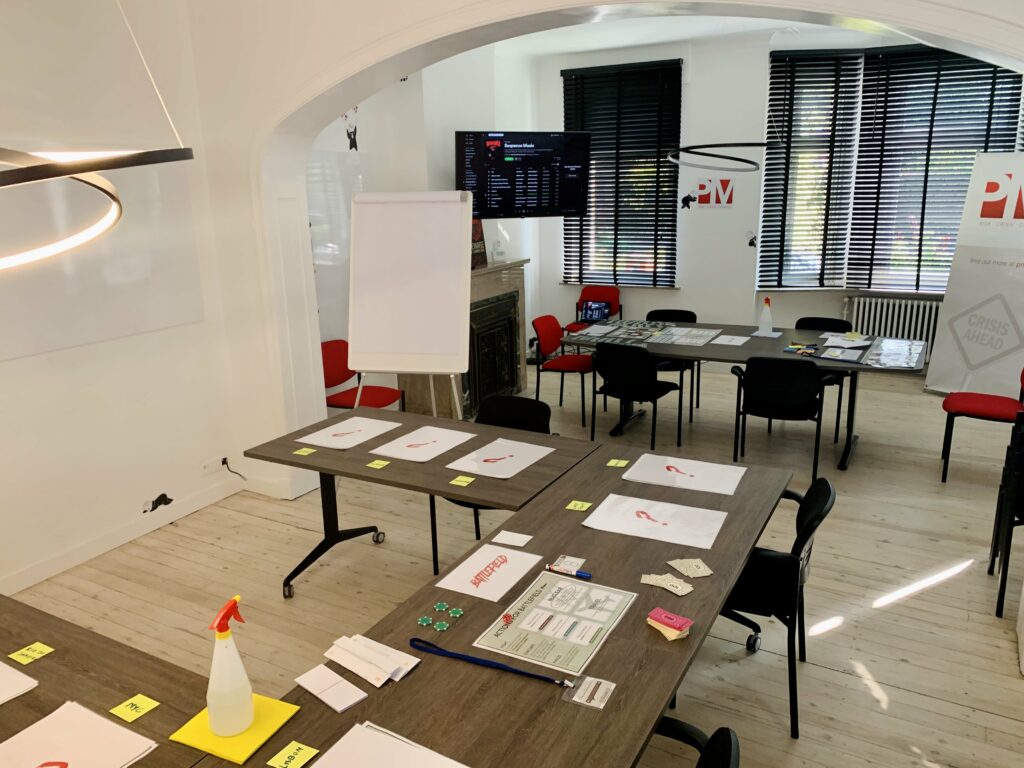 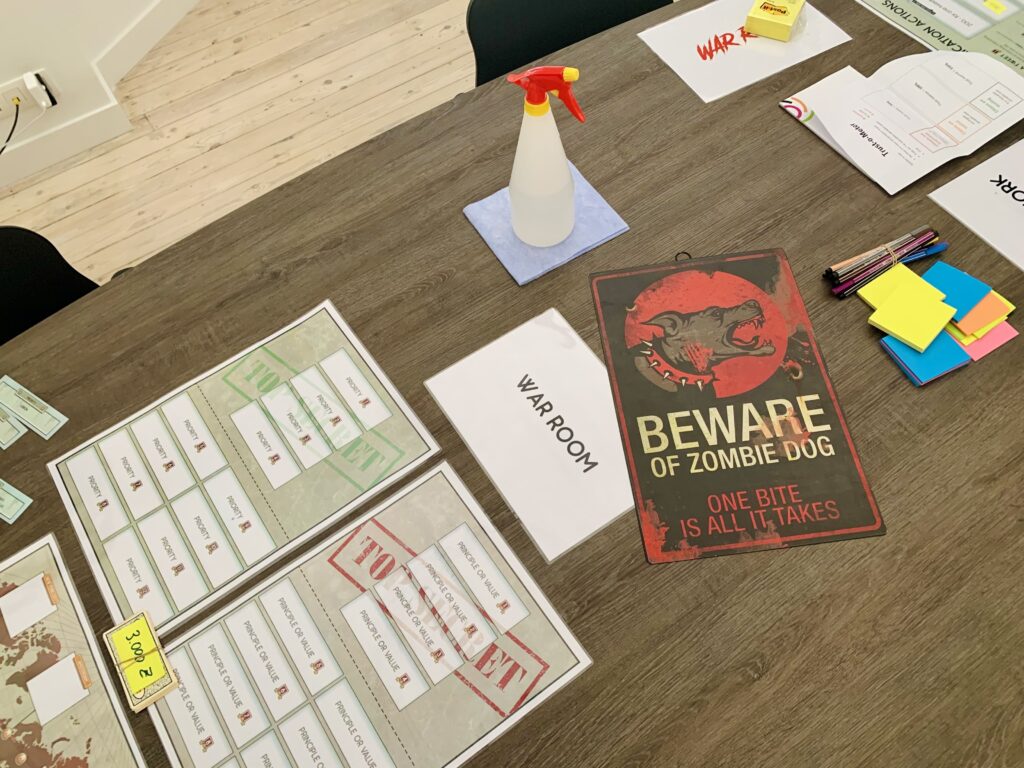 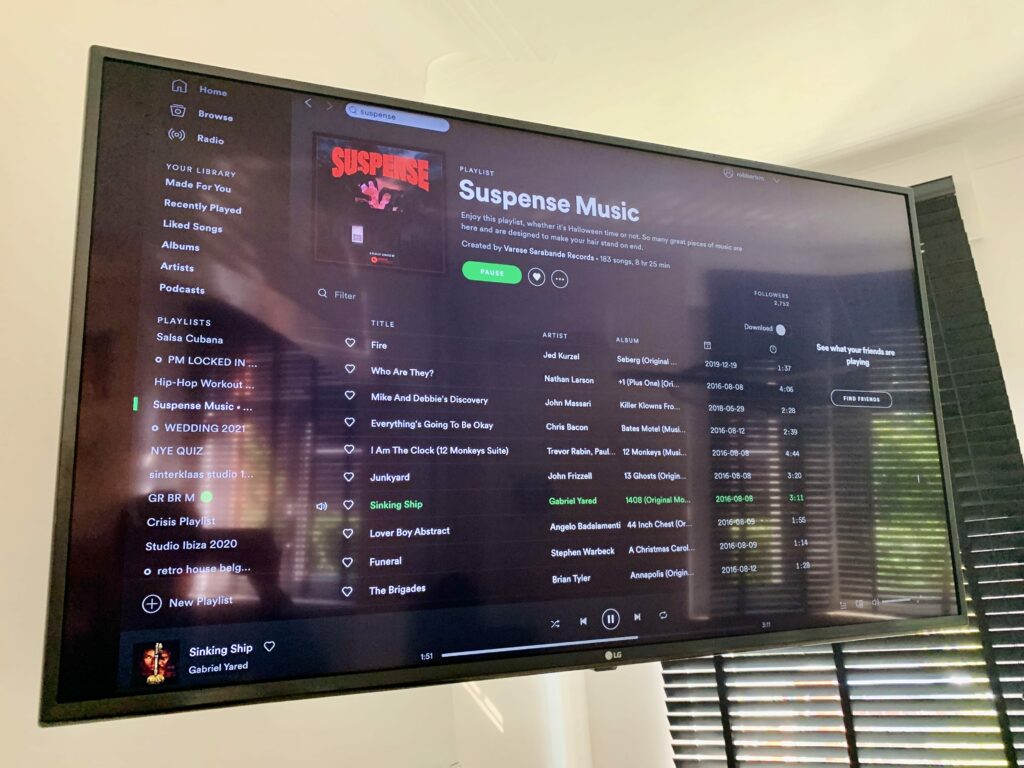 Zombie Game sessions at our office are a true experience, including mood setting and soundbites 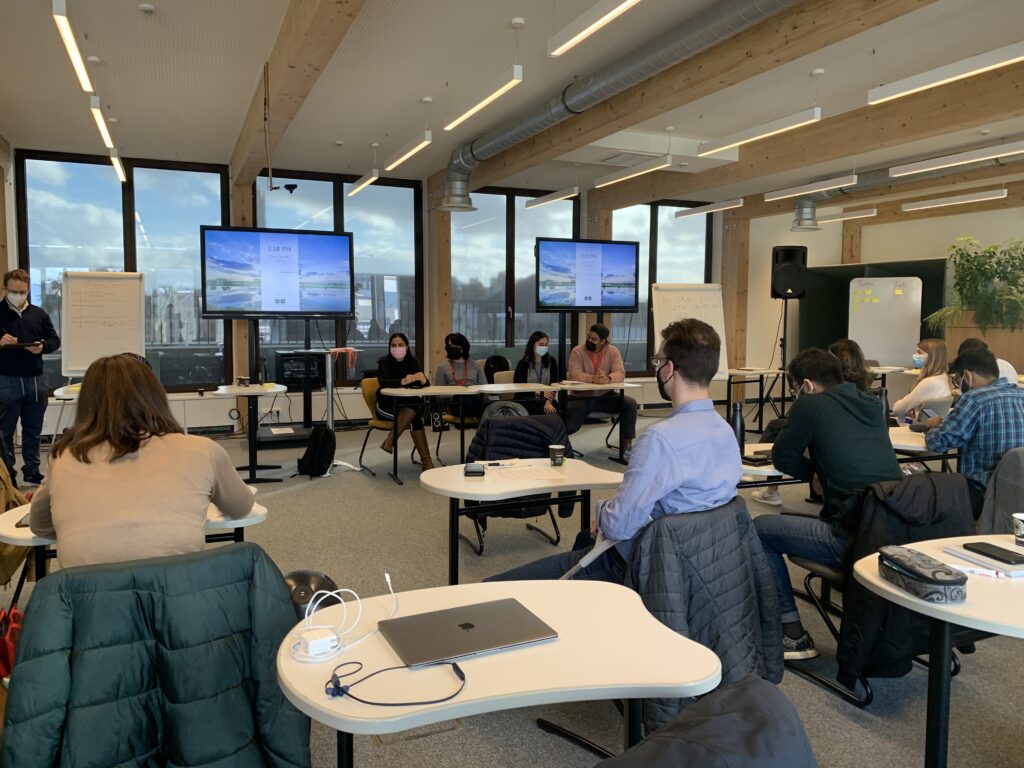 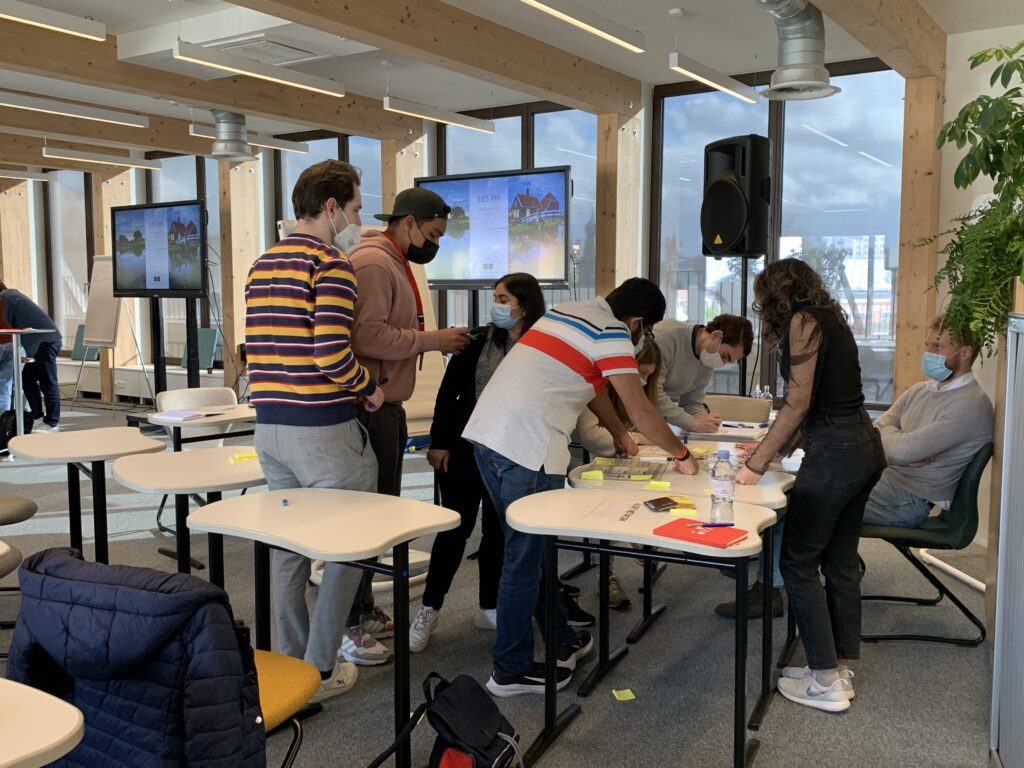 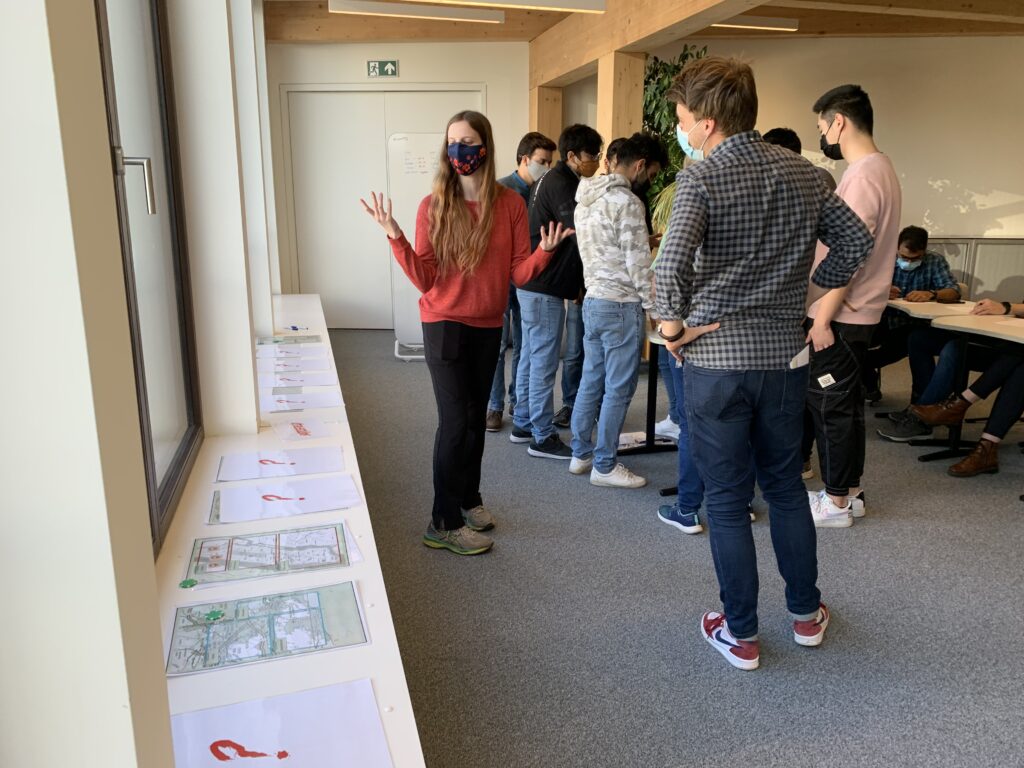 International students get to know crisis management through the Zombie Game

Bert Brugghemans, who co-authored the book Everything is under control! & 9 other myths about organising in times of crisis with our senior partner and managing partner, explains why it makes sense to prepare for zombie attacks. 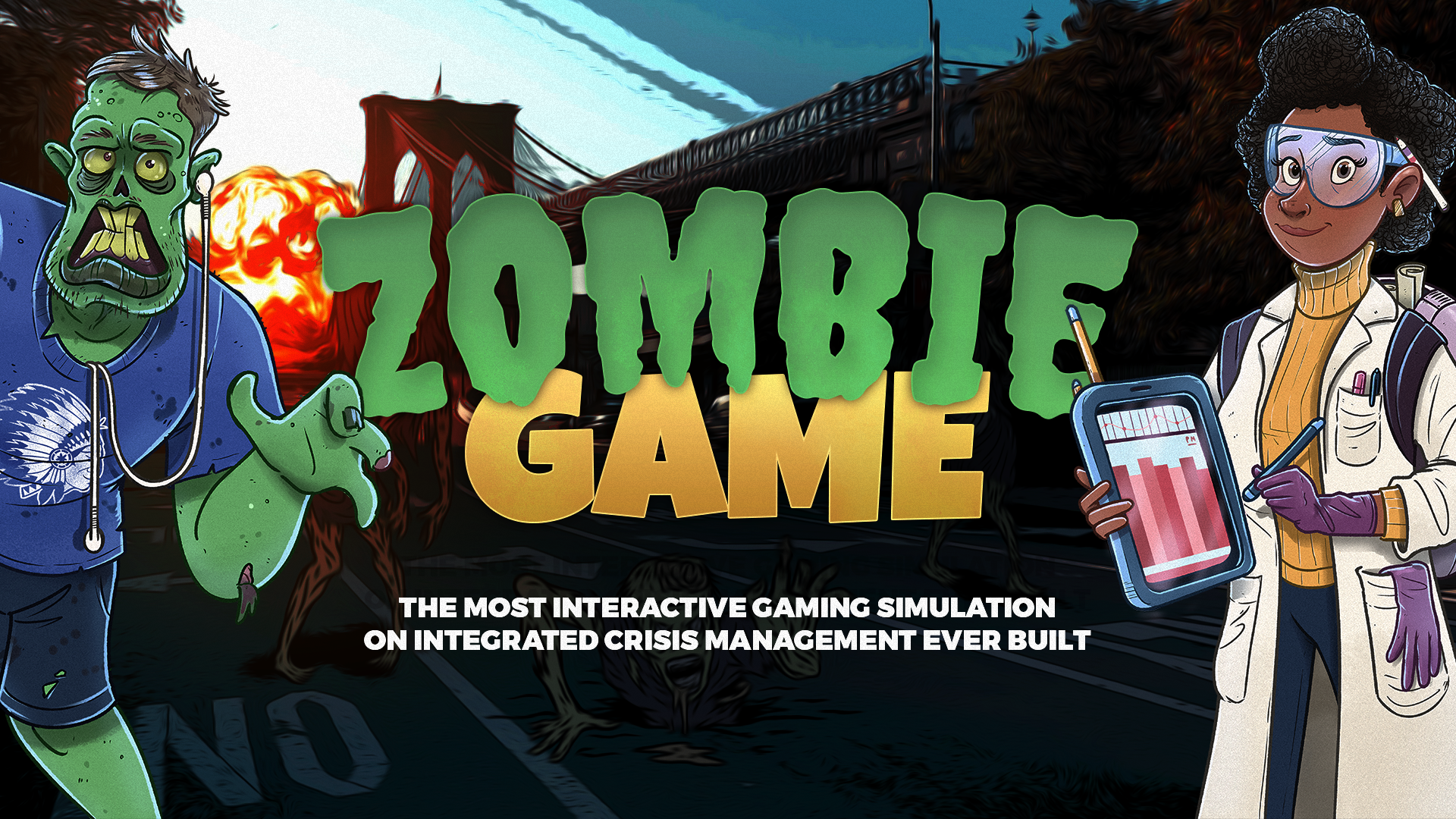 The Zombie Game is created and developed by PM • Risk Crisis Change. All (copy)rights concerning the game and game materials belong exclusively to PM. It is prohibited to use game materials or parts of it for own purposes unless explicit permission was given. Making copies, adjustments, translations, adaptations and changes in content of this website and all texts, in any form whatsoever, is prohibited without prior written permission from PM. If agreed, a link to the PM website must always be included.