Early August 2018, Stijn Pieters gave an interview in the radio show De Wereld Vandaag on the Flemish public radio station Radio 1. Crisis communication about a famous event being talked about around the globe, and how to react when you suddenly find yourself in the head of the storm. Those were the topics.

Listen to the interview (in Dutch – see translation below):

Ruth Joos (De Wereld Vandaag) – At (dance) festivals it turns out that more than half of the visitors use drugs. This week, two female Tomorrowland visitors died a week after the festival allegedly as a consequence to drug use. The public prosecutor’s office is investigating the case. It is not clear whether there is a direct link. But still, from the moment the news broke, the festival is subject to negative reactions and coverage in press and social media. How to deal with this as an organisation? Stijn Pieters, co-founder of crisis advisor agency PM and crisis communication expert, is on the phone. Are these the moments when you receive a phone call?

Stijn Pieters – We did not intervene in this specific case. Not being involved I am not able to elaborate on the specific Tomorrowland case. But indeed, in general when things go wrong, people from PM would be mobilised, go on scene and provide crisis support to the organisation.

A very quick reaction is often expected immediately in crisis situations. How do you as an organisation respond? What is the right thing to do? What would you recommend?

At PM we always look for principles that work in every crisis situation and therefore in each sector. One of those is indeed reacting immediately as soon as you notice uncertainties appearing related to your organisation. This could be on social media, in traditional media, through a worrying amount of incoming telephone calls, or in other ways.

And then it is a matter of getting control over the communication?

That is if you are not too late … which you are in most of the cases. One of our ever recurring advices is: “stay calm, you are already too late, so take your time to organize, setting up the crisis communication capabilities you need”. Once you are more or less organized, your next action would be what we in crisis circles call reflex communication. In this type of communication, you proactively reach out and address the uncertainties you just detected: “We are noticing this and that uncertainty”. Then, the following step would be to gather information on the various processes that have already been started because of the crisis unveiling. For example, maybe an investigation has been set up. An investigation is a crisis process, so in this case you are now able to provide general information about how such investigations are conducted.

Still, in the meantime, information such as “more than half of the visitors use drugs” is circulating. Leading to a negative image of the organisation being formed (or confirmed).

That is why within this reflex communication we focus on what we call sensemaking. In each of your messages, you want to convey your values and beliefs, especially at times when these are being questioned: how is the organisation feeling towards this specific topic?

I can’t say I’m an expert in drug use at festivals. But I do know that such issues are the same for both small scale local parties as for Tomorrowland. The number of visitors might be different, but family members and close friends at home will start worrying about drug use at any kind of parties as a consequence to these issues. Therefore, as a reaction to circumstances like this, all related organisations should detect what is happening, and address the topic of drug use at party events. This is about addressing unexpected needs for communication that can suddenly arise. It shouldn’t take them a lot of effort to set up communication actions about measures being taken at their events.

Can we expect Tomorrowland to recognize that there may be a problem or that drug use is indeed taking place?

I know that Tomorrowland is already collaborating very well with authorities, emergency services, etc. Working together with the public prosecutor’s office, actually talk to those involved and conduct the needed research, all of this could enable a more in depth communication later in the process. However, often the problem is that by then in the public opinion few people are still interested.

Is that right? Is this a storm in a teacup? Is the festival guaranteed to be sold out again next year?

Those who are the most affected are those with the highest insecurities: the family members and close friends of the victims. These are your primary communication focus. It is up to you to decide to also set up communication actions with a much wider group, such as the people who feel involved. Most of the reactions on social and traditional media will come from this group of people feeling involved.

Does this include the parents of the children or adults who go there?

These are affected parties, those people feel even more involved in the use of drugs at festivals than those who are not present but have an opinion about the events.

Should they be considered the most important group whose opinions need to be influenced?

In general, we see that as a group maintaining itself. But for sure, there is a wider societal problem here that needs to become part of the general conversation. That’s why Tomorrowland, and by extension every organisation, benefits from the reflex communication. It makes them take a clear and value driven position on drug use within the discourse.

Can an organisation arm itself against such crisis situations? Can you already plan and anticipate what you are going to do or does that make no sense?

It is a matter of developing a certain mindset. This starts by acknowledging that you are usually already too late in a crisis situation. At the same time however, it is about realising how you can organize yourself to share a reflex communication very quickly. Keeping the lines very short in between communication teams, the management and what actually happens on the operational level is also crucial, and is one more rule of thumb that counts for each organisation. There are numerous actions, we prefer the term principles, that you should make yourselves comfortable with in anticipation. In crisis teams, we see on a daily basis that this saves a lot of valuable time when crisis situations occur.

The gigantic organisation that is Tomorrowland certainly has some communication specialists on board who can take care of this. Stijn Pieters, thank you very much.

About the author
Tim is a crisis adviser, researcher and developer specialised in crisis management, crisis intelligence, sentiment analysis and crisis simulations. He’s involved in several research projects such as the EU-funded E2mC project. 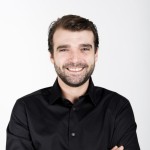