The Importance of Resonance: How Midsommar Embodies Our Vision on Empathy

Every once in a while we see a movie, television series or concert that we can’t seem to shake off. I had such an experience recently when I watched Ari Aster’s second feature film Midsommar. As I’m quite a big fan of horror and therefore love what filmmakers like Ari Aster and Jordan Peele are doing for the genre, I was highly anticipating this movie. Not only did it exceed my expecations, its depiction of empathy is remarkable. Bear with me as I make my way through the main plot (spoiler free!) before diving into empathy.

Midsommar follows a group of friends who travel from the U.S. to Sweden for a festival only to find themselves in the clutches of a pagan cult. It is undoubtedly a horror movie but, as one critic mentioned, it is really a tapistry woven of many threads. Midsommar is also a drama, thriller, fairytale, breakup movie and has even some dark comedy in it. It does not have to rely on cheap jumpscares or classic horror tropes (oh no, someone’s behind the curtain!) because the real horror lies in the relations between the characters. Granted, this type of slow burning and emotionally affecting movie is not for everyone, but I’d choose Hereditary or Midsommar over The Conjuring or Annabelle any day! 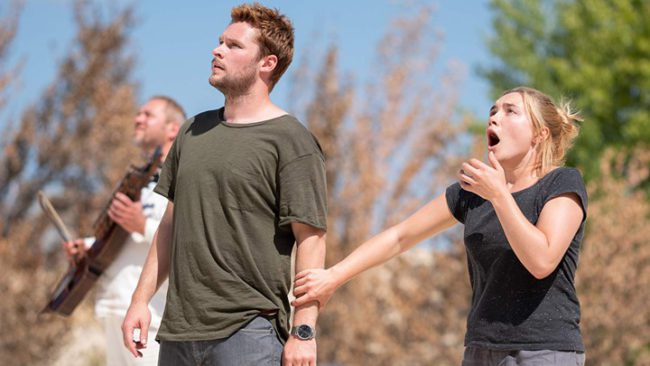 One of the movie’s main themes is empathy, and quite frankly society’s inability to be empathetic towards each other. We see different interpretations of empathy as we follow the main character Dani after she suffers a tragic loss. Her boyfriend Christian, who initially wanted out of the relationship, feels obligated to stay with her to support her in the best way he can. Spoiler alert: he’s not doing a very good job. We feel for Dani as she has to carry her emotional trauma and has no support system to rely on. Christian’s way of being empathetic towards her is limited to patting her on the back as she sobs and making big gestures (inviting her on the trip, for example). And even though they’re now in beautiful and sunny Sweden, Christian’s behavior leads to Dani feeling more isolated and stressed as the story progresses.

In Sweden we meet the Hårgas. These are the villagers (or should I say cultists) that are living in a secluded forest far away from modern society. The Hårgas have a unique way of communicating: they echo the emotions shown by their peers. For example, if someone is wounded, they all act like they feel excruciating pain. If someone is experiencing great pleasure, they all smile with them. And, if someone cries, they all cry together. 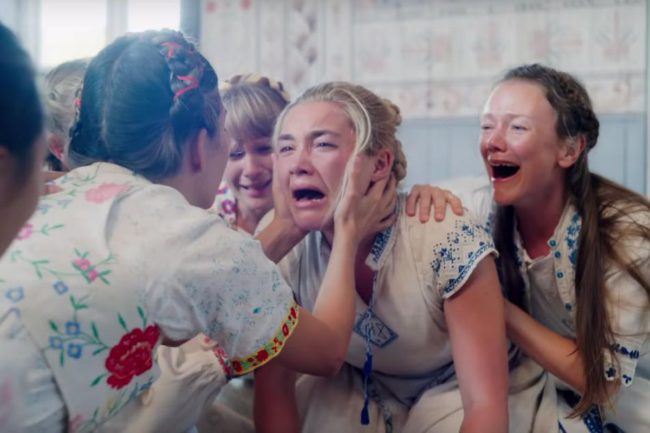 During the final act of the movie, something happens that causes Dani to have a major panic attack. Falling flat on the floor crying and screaming, Dani is joined by the Hårga women sharing her emotions. Eventually the entire group of women is crying in the exact same rhythm, volume and pitch of our main character. This, to me, is a major turning point in the movie. Dani now realises that it is not entirely up to her to carry her past trauma. She recognises the group of women as a family who can help her work past her issues. They’re not telling Dani what do do or making big gestures; instead they’re just present to share that moment, resonating the feelings she expresses.

Here’s where I circle back to crisis communication and what we do at PM: supporting people during times of uncertainty. It is undeniable that the right amount of empathy is essential for impactful crisis communication with people that are affected by unwanted events. However, as empathy is always talked about as ‘the most important ingredient for crisis communications’, teams are often prone to overestimating the role of empathy. Empathy does not always mean that you have to apologise, express extreme emotional involvement or make big gestures towards those affected. Dani teaches us that it’s more important to just resonate with what people expect from your organisation. For example, most of the times people are not expecting a chemical firm to react emotionally after a fire, just like people don’t really expect the mayor to act like a CEO when something emotionally impactful happens in the community. They key lesson here is to approach empathy like the Hårga women do. Organisations, based on perception analysis and past experience, have to determine what people are expecting from the organisation during a crisis, and then resonate with those needs, expectations and feelings. Just being there for people and doing what they expect from your organisation goes a long way. If you don’t believe me, ask Christian and his friends.

Midsommar is not longer showing in theatres. However, I strongly recommend you watch it in the future to treat yourself to an amazingly unsettling experience and, yes, a very unique course on crisis communication too. Skål!